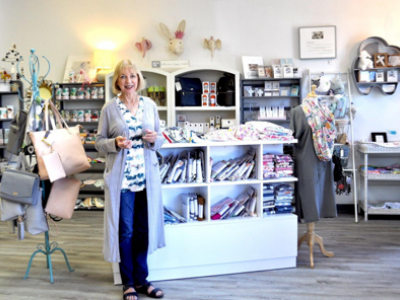 The Edmond Economic Development Authority (EEDA) recently featured Cinnamon Bears in the February 2019 issue of EEDA’s newsletter, The Arrow. The Arrow is a monthly newsletter emailed to approximately 2,000 subscribers. Featured businesses also receive a commemorative arrow to recognize their participation.

“Since we recently moved to a new location, it was a great time to share our story in The Arrow,” said Mary Edwards, owner of Cinnamon Bears. “We love being a part of the Edmond community and look forward to continuing to provide unique, useful products to parents and grandparents that make raising children easier and fun.”