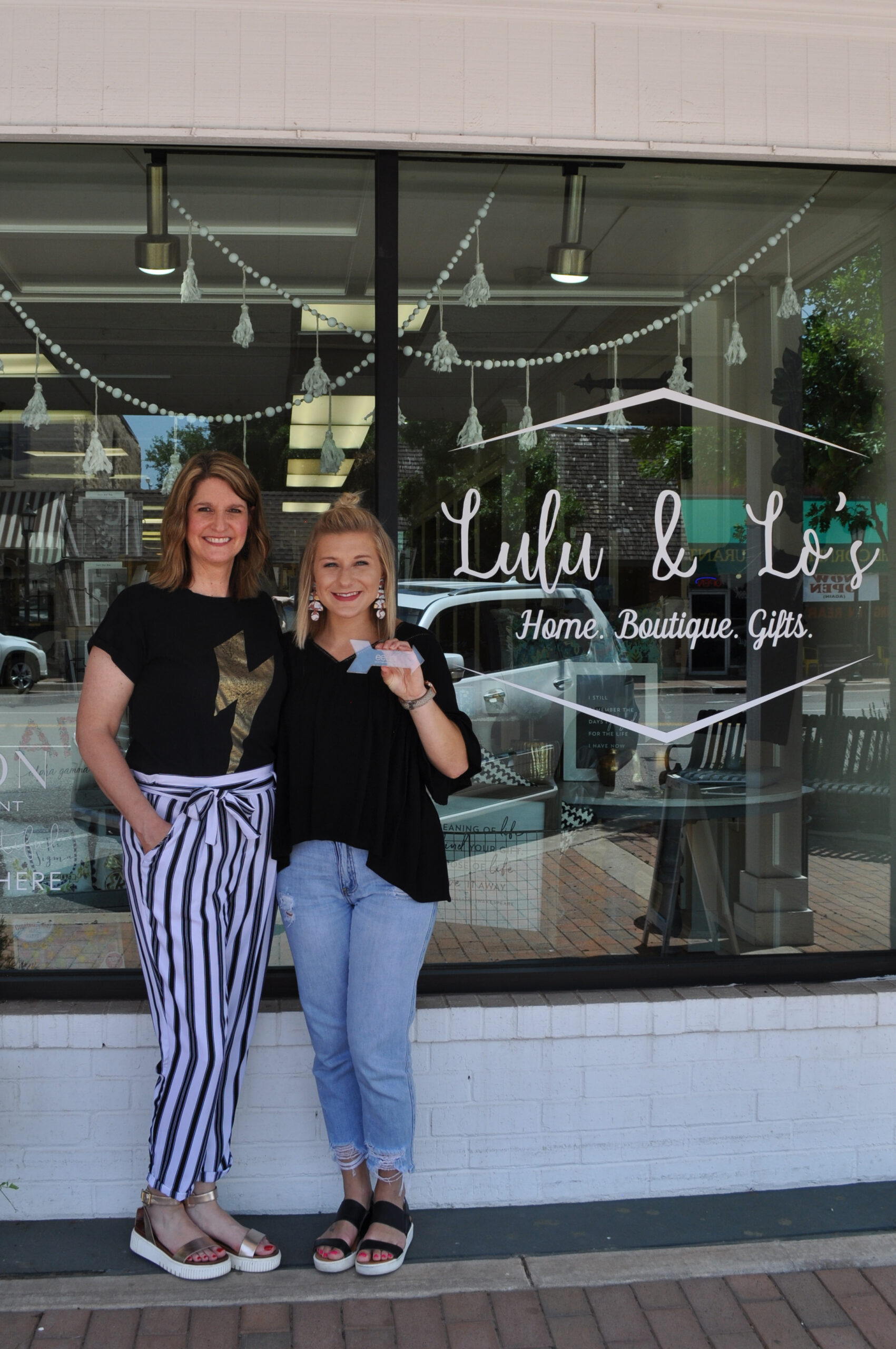 The Edmond Economic Development Authority (EEDA) featured Lulu & Lo’s in the EEDA’s newsletter, The Arrow. The Arrow is a monthly newsletter emailed to approximately 2,000 subscribers. Featured businesses also receive a commemorative arrow to recognize their participation.

“The featured business portion of The Arrow was created as an outlet for the EEDA to further support and promote the Edmond business community,” said Janet Yowell, EEDA executive director. “Lulu & Lo’s is a great addition to downtown Edmond and we were pleased to feature the store.”

“We decided to open Lulu & Lo’s after hearing from friends that a store like ours would be a great addition to downtown Edmond,” Lauren Frazier said. “Edmond has been a wonderful place to grow our business and we are so glad to be a part of this community.”