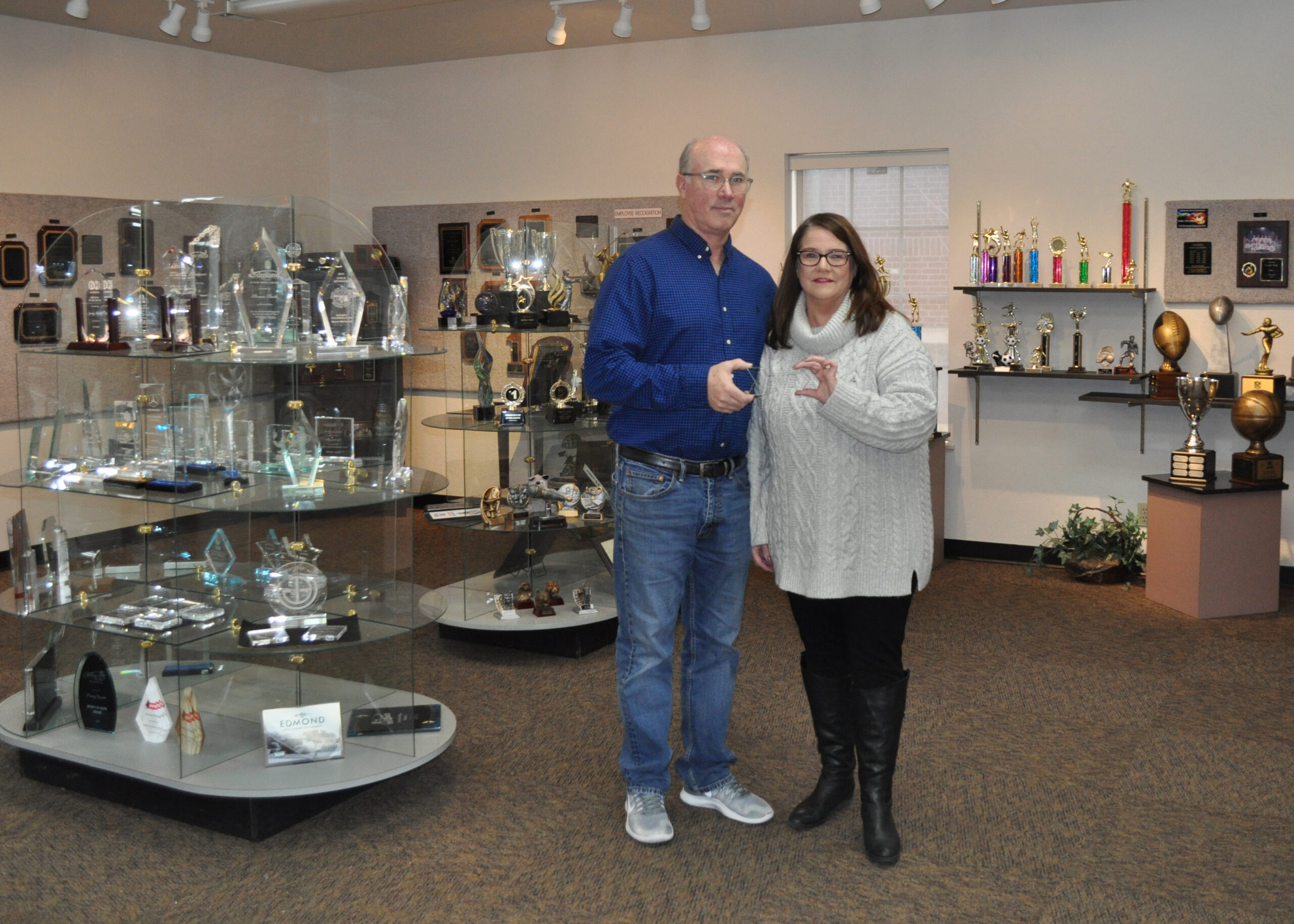 Edmond Trophy Company, LLC has been locally-owned by Steve Flewelling, Susanne Flewelling and other members of the Flewelling family since 1978. Located at 401 W. 15th Street, the company offers awards, trophies, engraving and more.

“We chose to locate our business in Edmond because of the great sense of community, terrific schools and awesome people,” said Susanne Flewelling. “Telling our story in The Arrow was a great opportunity to reach more people with our product offerings.”